He is a journalist with autism, but in his book that’s not the whole story

The political journalist Eric Garcia has autism, and he wrote his new book, “We’re Not Broken,” to “hopefully debunk various myths” about the condition. In his introduction, he notes that there are many such myths: that autism only affects white males; that there’s a connection between autism and violent behavior; that those with autism are only capable of holding jobs in technology; that they can’t have relationships or live independently. Though there are elements of memoir in the book, Garcia says his experience is just one small detail in a much larger picture of a wide variety of people who suffer in “a world that penalizes them for not playing by its rules.” Below, Garcia talks about the profound importance of public policy, his reportorial instincts, the soundtrack to his writing and more.

When did you first get the idea to write this book?

I was at the magazine National Journal in 2015, and I went to my editor, Richard Just, and said: “I think we focus too much on curing autistic people, and not helping them.” That piece was published in December 2015, which led to my agent reaching out to ask if I wanted to turn it into a book.

The next logical question to me was: What would it look like if you stopped trying to cure autistic people and tried to find work for them? I went to Michigan, Tennessee, West Virginia, the Bay Area of California, to see what the gaps are that exist for autistic people, and what can be done to improve their lives. I want people to stop laughing at the idea that autistic people are the best experts on their experience. I wanted to put that idea in the trash bin.

What’s the most surprising thing you learned while writing it?

I learned how big the L.G.B.T.Q.+ community is within the autism community. I’ve been to a lot of autism events where there’s plenty of L.G.B.T.Q.+ people, but I hadn’t thought, “This is a thing.” But looking at the data, there are more autistic people who identify as L.G.B.T.Q.+ than there are among neurotypicals.

Another thing was that the spike in autism diagnoses wasn’t just caused by changes in the DSM [“The Diagnostic and Statistical Manual of Mental Disorders,” a book used in the medical field to classify conditions] in the 1980s, but also because the Americans With Disabilities Act of 1990 included autism as a disability, and that meant that schools had to report how many students they were serving. That created the larger thesis of my book, because it said that the whole reason people like myself — I was born in 1990 — got to have resources was because of deliberate public policy decisions. It made me realize that my life was made significantly better because of it. I went to private school from 7th grade on, but before that I went to public schools, and I got accommodations that wouldn’t have been available otherwise. And at university, I got tutoring and I got disability services. Those were the result of the A.D.A. Our lives are often determined by things beyond our control. People like to talk about personal responsibility and personal choices, but my ability to determine my destiny was because of those deliberate public policy decisions that hadn’t been made before.

I initially set out to be a lot more ambitious. I wanted to focus internationally, to report around the world. But because of time restrictions and then the pandemic, things changed.

My impulse is always to report. With all due respect — because I have a lot of friends who have written great memoirs about being autistic — my feeling was that my story is compelling but it’s not the whole story. Even though I wrote a book with a lot of my personal life in it, I’m generally a very private person, and I feel like there are certain things I’m not comfortable sharing. And there are also things that I don’t think are indicative of the whole autistic experience. I wanted to be as holistic as possible.

What creative person (not a writer) has influenced you and your work?

If you read the book’s chapter titles, a lot of them come from songs. I wanted to be a musician growing up, so I’m just as inspired by Black Sabbath as I am by journalists like Steve Silberman or Ta-Nehisi Coates or Rebecca Traister. I’m just as influenced by Bob Dylan lyrics or by N.W.A. as I am by Woodward and Bernstein. If I’m on deadline, I tend to listen to really aggressive music: The Ramones, Metallica, the Misfits, Public Enemy. When I was writing “We’re Not Broken,” the thing that really got me through was listening to jazz music. John Coltrane sponsored the final three chapters of the book.

Persuade someone to read “We’re Not Broken” in 50 words or fewer.

Whether you know it or not, you know someone with autism. We often talk about autism while talking past autistic people. I tried to include as many voices and cover as many people as possible. If you truly care about autistic people, listen to what they need. 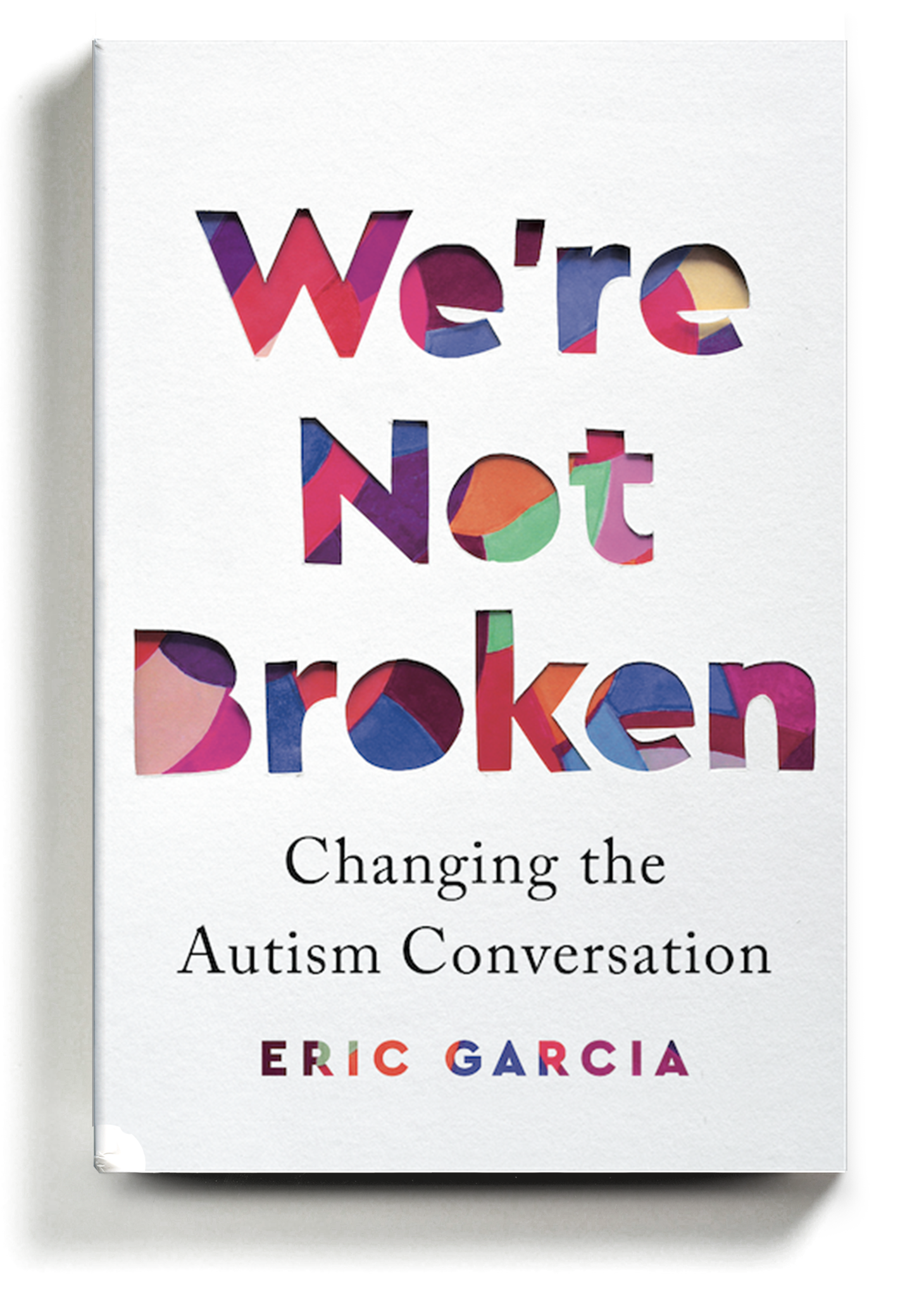