Most teachers are white. Most students aren’t. 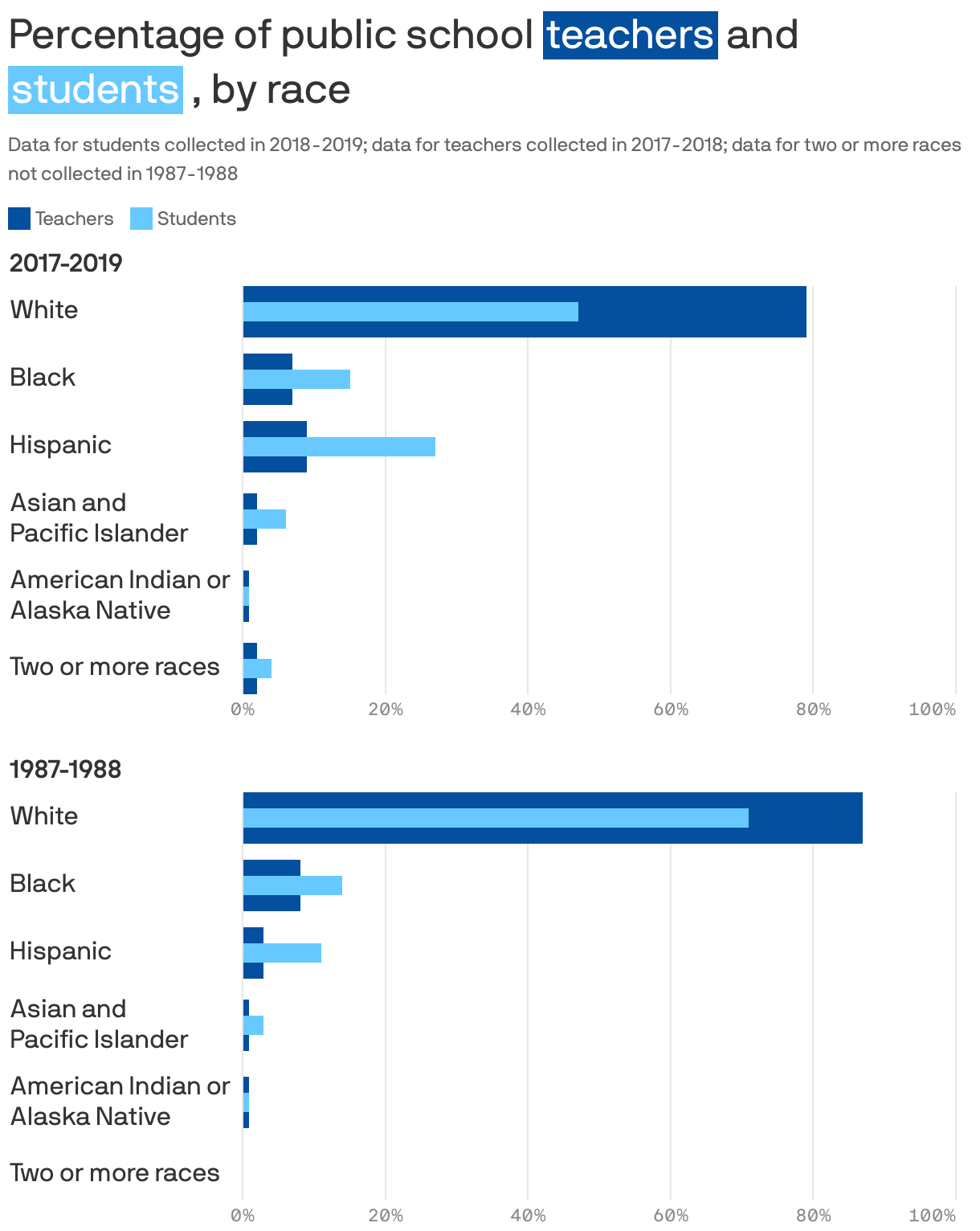 America’s 6.6 million public-school teachers have grown more racially and ethnically diverse — but not nearly as fast as the student population, which is nearing majority-minority, Axios’ Russell Contreras writes.

What’s happening: The disparities are especially acute between Hispanic students and teachers.

Zoom out: The gaps are widening as school districts become political lightning rods in elections.

By the numbers: 79% of U.S. public school teachers identified as white, non-Hispanic, according to a Pew Research Center analysis released last month. (The data are from the 2017-18 school year — the latest available from the National Center for Education Statistics.)